Don't let this happen to you.

Funny story (sort of). When I was about 18 years old and had my first apartment, I wanted to furnish it with mid century furnishings. It was a tiny studio in Las Vegas so I didn’t need much but I knew enough to know that I was interested in a Mies Van Der Rohe day bed and some hip art suitable for my cool new pad.

I heard about the Modern Furnishings show in Santa Monica so I grabbed my senior mother and we drive in from Vegas, a 4.5 hour drive. As soon as we entered the show I knew were out of our safe space.  I had on a bright Pink shirt with a rhinestone cactus pin, my mom was head-to-toe in Navy and Pink Ralph Lauren, and everyone else was dressed in solid Black. Many with the same artistic round tortoise shell spectacles. Everyone was clearly in the ‘art’s and we looked, and were, totally out of place.  Turns out the show was only for people in-the-trade, but I was able to gain entry with my resale permit.

We started strolling up and down the rows of exhibitors trying to be cool and blend in and quickly came across a simple medium size booth with Andy Warhol prints perfectly hung in a grid pattern.  They were all the most recognizable “love” print, “soup can” print (which I have always wanted), as well as the “daisy” print.  All were framed in the same light blonde wood frame and the sales man even took one down and showed us how the frame had an open window on the back to display Warhol’s signature.  When I asked the price he said “forty nine, ninety five”. I hesitated and said I wanted to think about it and would circle back and see him.

Mother and I walked away from the booth a few feet and I said “ya know, $49.95 is not a bad price seeing it was all framed”, but we agreed to hold off until we saw everything. Yes, we were hesitating over the signed Warhol for fifty bucks.

We continued on and I did see a few Mies day beds but they were originals in the $5000-$6000 range and odd colors.  We then came to a booth that had more art. I was very interested in a large framed piece that displayed “Green Stamps”, which i remember my parents and grandmother had collected.  It was $3000.00 however, totally out of my budget.

On our way out of the show I decided to get one of the Warhol pieces but wasn’t sure which one.  I finally decided on the ‘soup’ can. When the sales man rang up the sale, he announced, with tax, my total was $5,344.65 and I was stunned as I stood there with my wallet out. How stupid were we that we though the pieces were $49.95!!  Because there were so many, we assumed they were mass produced (I guess). I then had to think quick and get out of the transaction. I told him I “wanted to think about my choice of print some more” and that we would grab a coke and be right back.  We could not get out of the building fast enough. 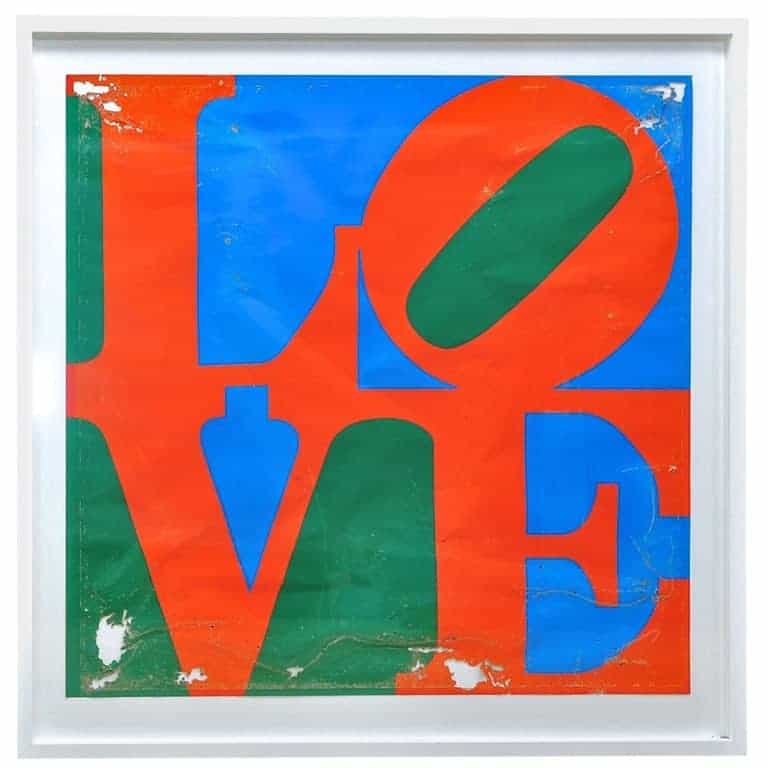